The Juliand Family History - the Beginnings 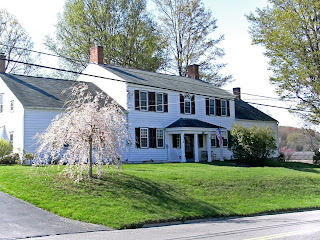 The Juliand Family History - the Beginnings

There is a lot to enjoy about owning a two-hundred-ten old house, especially if you were raised with a grandmother who lived and breathed history. So, during my time of quarantine this spring, I began to compile the information on the Joseph Juliand ancestry. There are so many wonderful resources available today. This first blog will highlight the patriarch and matriarch of the family. Further blogs will introduce the family and some of their impact on this region beginning when Joseph and Hannah establish their home here in Greene, NY.

“In the fall of 1792, a party of French refugees formed a settlement. One of their number, Charles Felix De Bulogne, had preceded them and purchased a tract of 15,000 acres of land, lying on the east side of Chenango River, for which he paid a part of the price and gave a mortgage for the remainder. The first detachment of these settlers came on from Philadelphia, where they had spent several months. During their journey they met Simon Barrett who had formerly resided in Philadelphia. They laid out a town on the east bank of the river, each lot containing ten acres and the plat embracing about three hundred acres. Each was to select his farm in other parts of the tract. Subsequently M. Dutremont joined the colony, also Joseph Juliand. In the spring of 1795, M. Bulogne drowned while on his way to Philadelphia, and a failure to pay the balance of the purchase money caused the title of the land to revert to the original owners. These and other causes resulted in the dispersion of the colony. In 1794 Talleyrand, the celebrated French diplomatist, visited his countrymen in Greene. He came from Philadelphia on horseback, accompanied by a traveling companion and a servant, and after remaining a few days returned by the way of Albany.

Captain Joseph Juliand, who was the only French emigrant who attained a permanent residence, deserves more than a passing notice. He was born in the city of Lyons, France, January 17, 1749, and in early life received a good academical education. He subsequently studied medicine, but after a time abandoned that for the sea; and in due time became the master of a vessel in the mercantile marine of France. In this capacity he made several voyages across the Atlantic, principally to Boston and Philadelphia, in the United States.

On the occasion of his periodical visits, he visited the interior, mingled freely with the people and omitted no opportunity to learn the language, habits and customs of the people. On one of these occasions, while spending some time in the vicinity of New Haven, Connecticut., he made the acquaintance of Miss Hannah Lindsley, who afterwards became his wife. In 1788 he married, abandoned the sea and decided to make this country his future home.

He removed to a farm near Greenfield, Mass., where he remained several years. Having heard of the establishment of a French colony in Greene, he disposed of his property and with his family penetrated the unbroken wilderness with the expectation of finding a new home and congenial society. On his arrival he found that the colony was broken up, several families had already left and others were preparing to do so. Nevertheless, undaunted, he purchased the land which his countrymen had abandoned (around 300 acres), including the town plat, and henceforth made this his residence. He assumed possession of this property in 1798.” (Taken in part from “History of Greene, NY” compiled and published by Hamilton Child, 1869.)

In 1810, Joseph and Hannah moved from their small cabin in the town to the present day 1810 Juliand House Bed & Breakfast. This Federal-style home sits on a high plat from which one can view the village of Greene and the lovely Chenango River. The twenty-two-room home, while not part of the stagecoach line, was a stopping place along the very busy turnpike. It was here that Joseph and Hannah raised six children, Richard, Martha, Joseph Jr., Lewis, George and Frederick. Joseph died October 13, 1821 and is buried in the original cemetery in the village. Hannah remained in the home until her death in 1851.

Our next installment will highlight the eldest child, Richard and his part in the establishment of the village of Bainbridge, NY. I hope you have enjoyed getting to know a little about the builders of our lovely home and maybe be inspired to visit us and get all the wonderful legends associated with this historic gem. 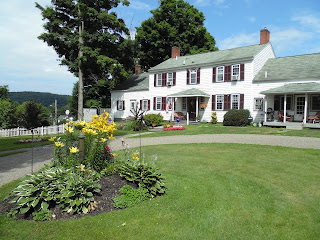 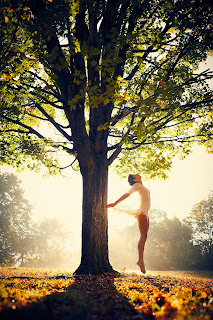 Happy May Day May Day is an ancient celebration originally with Pagan connotations. For the Druids of the British Isles, this day divides the year in half and was paired with the celebration of Beltane. When the Romans occupied the British Isles, the custom was to worship Flora, the goddess of flowers. The five-day celebration called Florilia, was held between April 28 and May 2. Over the years the celebration has lost its fervor and religious meanings to become a day of joy and celebration for children. Dancing around a maypole with its colored streamers was something I remember doing in elementary school at Harpursville Central School. A friend of my grandmother would drop off a May basket for my brother and me. It is also a day to celebrate workers rights. On May 1, 1886 hundreds of thousands of U.S. workers went on strike to demand an 8-hour work day. The Haymarket Riots of Chicago is a stark reminder of the struggle for basic worker rights that still exists today. 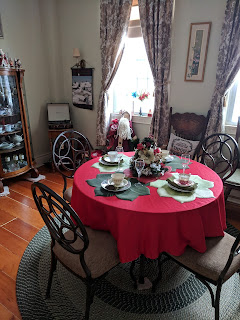 As we prepare to greet our guests I wanted to let you know how we are approaching our new reality in the hospitality world. The American Hotel & Lodging Association, in their "Stay Safe" campaign, provides universal guidelines to help large and small lodging establishments prepare to reopen safely.  https://www.ahla.com/safestay "The AHLA Safe Stay Advisory Council is working in conjunction with public health experts, scientists, and medical leaders to develop a series of best practices for the industry including the following: Enhanced cleaning standards throughout the facility, including guest rooms, meeting spaces, common areas, and back-of-house spaces Superior cleaning products with a greater concentration of bacteria-killing ingredients, in accordance with CDC guidelines Social distancing practices and reducing person-to-person contact. Increased transparency throughout the guest journey" We here at The 1810 Juliand House B&B are working with